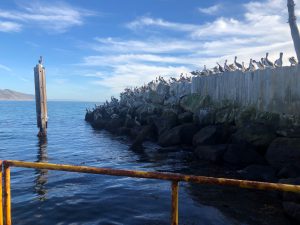 Until recently, there were three state oil and gas leases associated with Rincon Island, totaling 1,551 acres of tide and submerged lands in Ventura County (map). In 2014, staff identified regulatory violations that posed a significant risk to the marine environment from an uncontrolled release of oil. The Commission, in partnership with the Department of Conservation’s Division of Oil, Gas, and Geothermal Resources, vigorously advocated for the state’s interests before and after Rincon Island Limited Partnership (RILP) filed for bankruptcy in August 2016. On November 29, 2017, the Commission adopted findings and authorized staff to accept a voluntary relinquishment of RILP’s rights in the lease (known as a quitclaim deed) or terminate the leases. On November 30, 2017, the Bankruptcy Court approved a joint motion by the Commission, the chapter 11 trustee, and UBS AG Bank (RILP’s largest secured creditor) to grant the Commission a quitclaim over Rincon Island (Lease No. PRC 1466), which was on December 6, 2017.

The relinquishment means the last operational offshore oil drilling and production facility in the Santa Barbara Channel is over, and RILP’s interests will be added to California’s Coastal Sanctuary. The Commission is now, as it has been, working to ensure public and environmental safety and to protect the state’s public lands and resources. 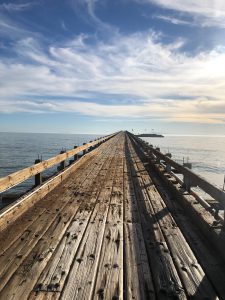 Sign up to receive updates and information on the work being done.