Most of the lands that the Commission receives inquiries about fall into one of four categories: sovereign state-owned lands, lands sold directly to settlers from the federal government, lands granted to the state for sale or use, and lands granted by a prior sovereign, i.e. rancho and pueblo lands. The first question that is often asked is whether the Commission has jurisdiction to a property and the property’s ownership trajectory. In some instances, determining the answer to this initial question can be very time consuming. Below is a description of the primary land classifications for which the Commission receives inquiries. 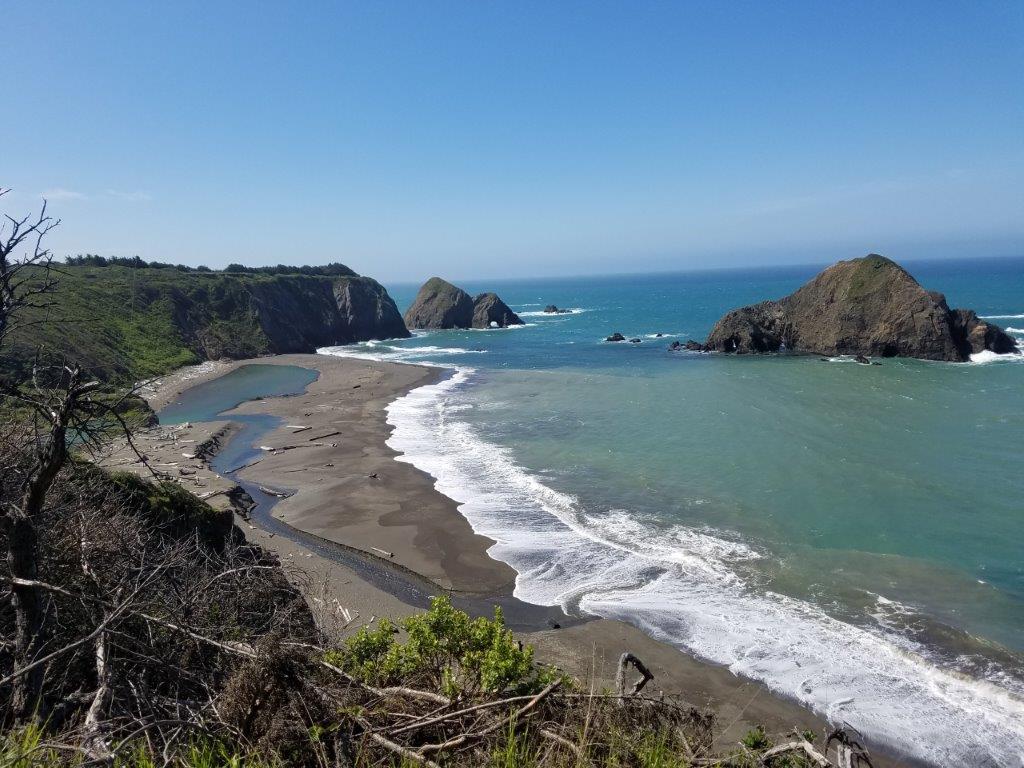 When California became a state on September 9, 1850, it inherited all the natural, navigable waterways, and tide and submerged lands within its boundaries. These lands are what are referred to as sovereign lands and total about 4 million acres. Unlike other types of land, there is no document that shows what sovereign lands California received. The Commission is not in charge of the water, only the land below the water. Sovereign lands are held in a trust, with the beneficiaries being Californians. As part of the trust, sovereign lands can never be sold and can only be used for public purposes consistent with the provisions of the common law Public Trust Doctrine such as fishing, water-dependent commerce and navigation, recreational purposes, ecological preservation, and scientific study.

In other states, like Oregon, the area between the vegetation line and the ordinary high water mark on the beach is also burdened by the Public Trust Easement. This is not the case in California.

Tidelands are one type of sovereign land held by California. These are the lands that are typically described as those covered and uncovered by the ebb and flow of the tides. Practically, tidelands are those lands situated between the ordinary high water and ordinary low water mark of tidal waters. In California, some of the tidelands are in private ownership. Those that are were authorized to be sold by the Legislature. These sales occurred prior to both the 1879 constitutional amendment and the United States Supreme Court’s 1892 ruling in Illinois Central Railroad v. Illinois both made clear that sovereign lands cannot be sold. 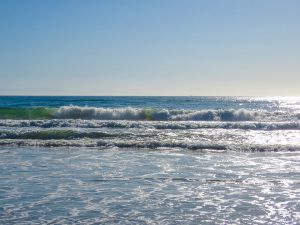 Submerged lands are one of the other types of sovereign lands. These lands reach from the ordinary low water mark out to the state-federal fixed boundary three geographic miles offshore. The main type of projects that get proposed for submerged lands are resource development projects such as a wave energy project that would utilize the infrastructure from an offshore oil platform. 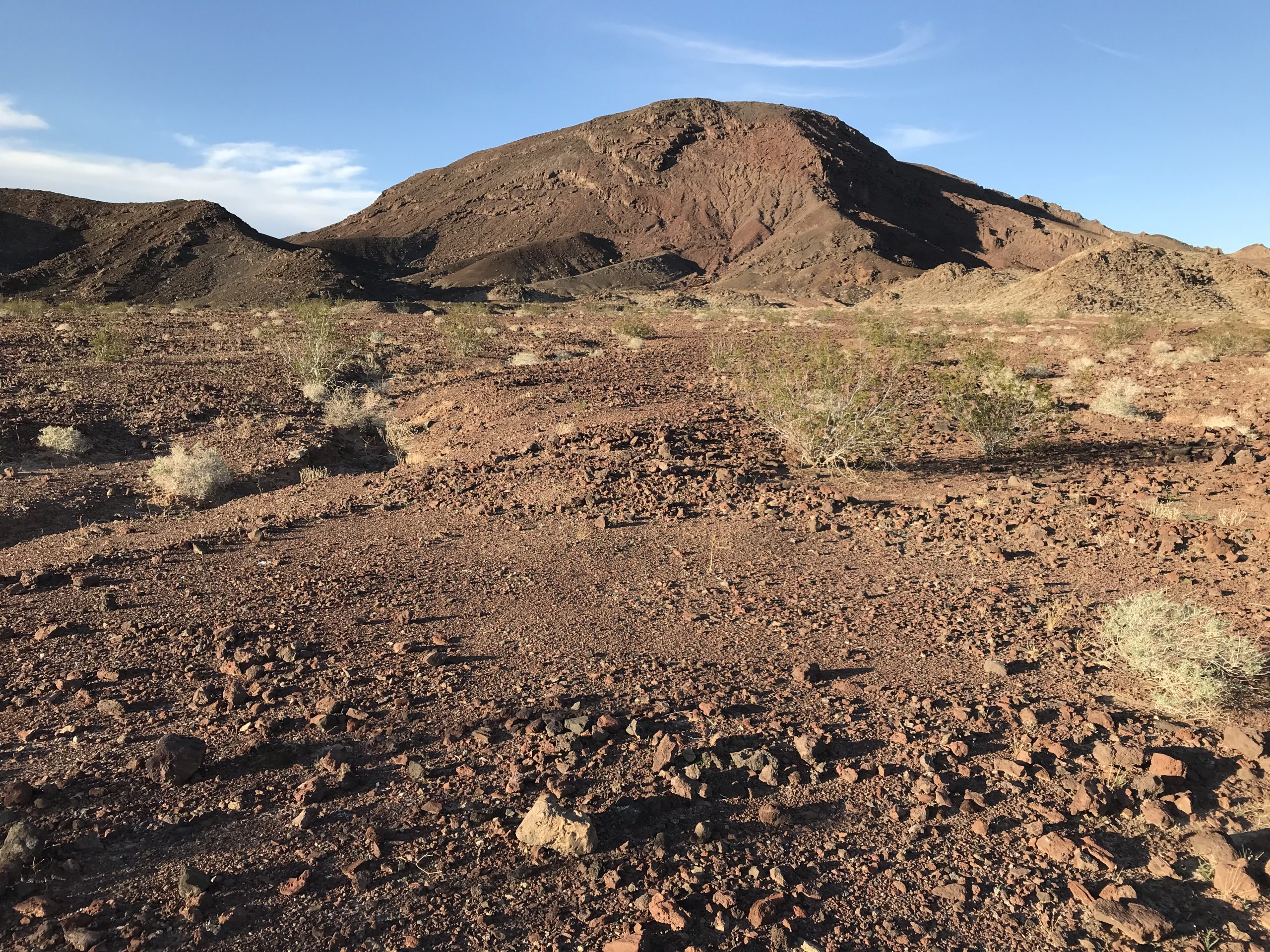 School lands were granted by the United States to California in 1853 to benefit public education. They included the 16th and 36th sections of every township. In some cases, the 16th or 36th sections were exempted from the grant because of prior claims or other reasons. In these cases, California was given the right to select other federal lands as compensation. These other lands are known as in-lieu or indemnity lands. Today, the federal government owes California approximately 51,000 acres of indemnity lands. 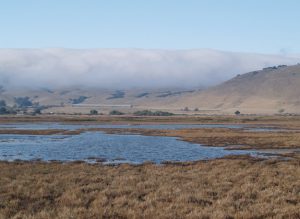 Suisun marsh with a mountain in the background and fog rolling in. Photo by Angelo Garcia, CA Dept. of Water Resources.

Under the Arkansas Swamplands Act of September 28, 1850, Congress granted to all states the swamp and overflowed lands within their respective borders. Swamplands are lands requiring drainage to make them fit for cultivation. Overflowed lands are subject to periodic overflow and flooding and typically required levees to keep the water out so that the land could be tilled. While the effective date of the transfer of title is September 28, 1850, legal title was not perfected until after the United States agreed that the lands were properly identified as swampland or overflowed lands. The State Surveyor-General, the Commission’s predecessor agency, sold all of California’s swamp and overflowed lands that were available for sale.

In 1848, the United States and the Mexican Republic signed the Treaty of Guadalupe Hidalgo. This treaty was the basis for the United States to validate land titles within the conquered territories. There are four presidios, four pueblos, 21 Catholic missions, along with over 800 ranchos to private individuals that were subject to the treaty obligations.

The United States created the federal Board of Land Commissioners that heard the claims and either confirmed or denied the claim. Although these land claims originated either from the Spanish Empire or the Mexican Republic, the controlling patents are those that were issued by the United States. Because these lands never passed through state ownership, neither the Commission nor the State Surveyor-General was involved in the issuance of these patents.

Other Federal Land Grants to California 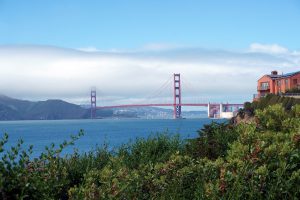 In addition to the swamp and overflowed lands and school lands, Congress did four other land grants to California. The documents related to these grants are available in the records of the State Lands Commission except for the Agricultural and Mechanical College Grant. These records are in the custody of the Regents of the University of California. These four other grants are: