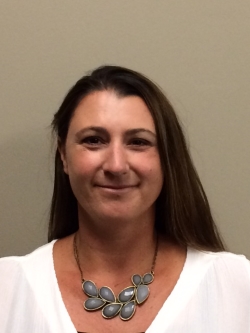 Jennifer Lucchesi, Executive Officer of the State Lands Commission, has worked for the Commission since November 1999. The Commission appointed Jennifer as its Executive Officer in December 2012. While born in Seattle, Washington, Jennifer has spent most of her life in California, growing up in the Bay Area. Jennifer graduated with a bachelor’s degree in Agribusiness from California Polytechnic State University, San Luis Obispo. Jennifer began her career at the Commission as a land agent in the Land Management Division, primarily working with ports and harbor districts on waterfront redevelopment efforts. While working in the Land Management Division, Jennifer attended evening classes at the University of the Pacific’s McGeorge School of Law. Jennifer began her legal career at the Commission in 2006 after earning her Juris Doctor from the McGeorge School of Law.

Jennifer has worked for the Commission on projects in virtually every county in the state, with an emphasis on land use, waterfront redevelopment, and boundary issues involving ports, harbor districts, and waterways, including title settlements and land exchanges to facilitate redevelopment projects in Chula Vista, Long Beach, Los Angeles, Oakland and San Francisco. Prior to her appointment, Jennifer served as the Commission’s Chief Counsel.