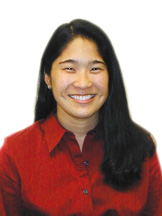 Grace Kato joined the Commission’s Land Management Division in November 1999, following almost a decade with a private real estate company. During her time with the Commission, Grace has worked in Granted Lands, served as the manager for the Southern California team and has been the Assistant Chief of Land Management since 2016. She has worked on major projects throughout the state including the Owens Lake Master Plan, the removal of Dennett Dam, and the Tomales Bay Vessel Management Plan. Grace has a B.A. in Government from CSU Sacramento.