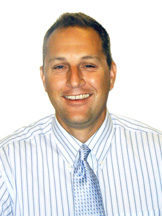 Chief of the Land Management Division

Brian began his career with the State of California in 1995 as an International Trade Policy Analyst for the California Trade & Commerce Agency. He spent a year in Scotland on the Atlantic Fellowship in Public Policy (2001-02). Brian has also worked as a policy analyst at the Department of Insurance working on workers’ compensation and health care policy (2003-06) and as a policy analyst and alternate State Lands Commissioner for Lieutenant Governor John Garamendi from 2007-09. Brian has served in his current capacity as Chief of the Land Management Division since June 2010. He has a B.A. in International Relations from UC Davis (1991) and a Masters degree in International Relations from UC San Diego (1995).