AB 691 (Muratsuchi) Chapter 592, Statutes of 2013, involves sea-level rise and granted public trust lands. Assessing the impacts of sea-level rise on these lands is a management priority for grantees. 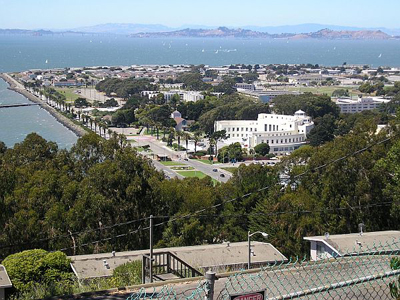 In 1933, the state granted the tidelands comprising what is now Treasure Island to the City and County of San Francisco for the construction of an airport and then for the construction of the Golden Gate International Exposition. The City built Treasure Island between 1936 and 1939, and in 1941, the City leased Treasure Island to the United States for use as a military base. In 1944, the U.S. Navy took title to Treasure Island and portions of the surrounding unfilled tidelands through condemnation proceedings. The naval base was closed in 1997 and the state granted the state’s sovereign interests of these lands, in trust, to the Treasure Island Development Authority. In 2014, the Commission approved an exchange Agreement in order to resolve uncertainties about the status of the state’s sovereign interest of these lands and to determine which lands the Treasure Island Development Authority will hold in trust.

The Development Authority is required by Section 6306 of the Public Resources Code to complete an annual financial statement and standardized reporting form for trust lands on or before December 31 of each year.

Below is a list of reports the Development Authority has submitted by fiscal year: