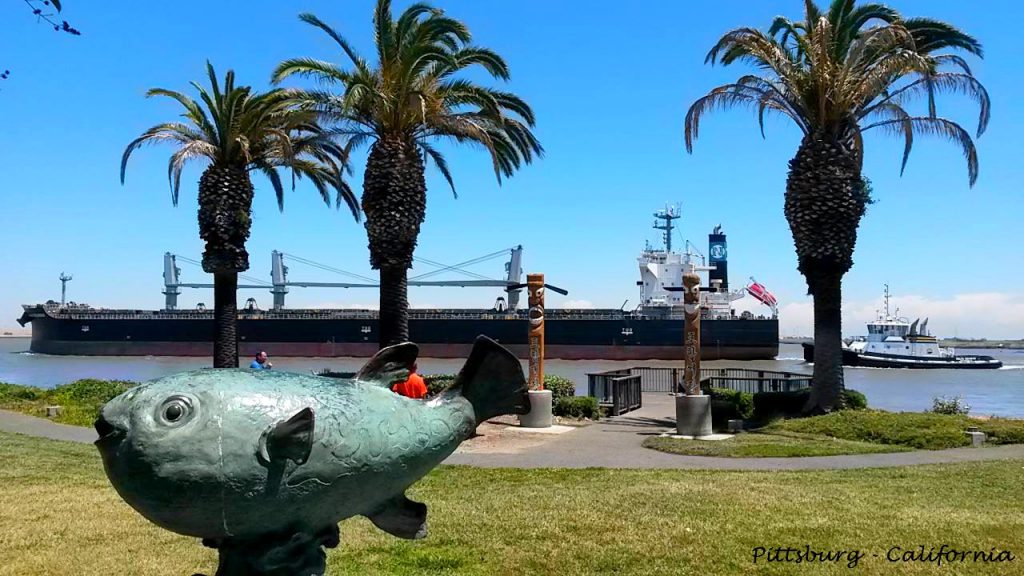 Pittsburg California Waterfront by Bonmaxjoy is licensed under CC BY-SA 4.0