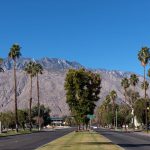 The staff reports and comment letters associated with our October public meeting are available here. The Executive Officer’s report, which contains updates and links to supplementary materials for activities and projects involving the Commission is available here. Chief among these updates is information about oil and gas decommissioning projects, offshore wind energy lease applications, and an announcement about the Commission’s new Environmental Justice Liaison. Below are highlights from the October meeting.

The Commission issued two leases for a geothermal project within the Truckhaven area in Imperial County, a known geothermal resource area. The leases, which will help the state transition to a clean energy future, authorize drilling four geothermal wells to test and evaluate the presence and characteristics of geothermal resources. A prospective future commercial-scale geothermal field development project that involves constructing powerplants and transmission lines would require an amendment to these leases and further analysis under the California Environmental Quality Act.

The Commission approved dozens of leases for recreational use of sovereign land in Lake Tahoe, the Bay/Delta area, and Southern California. It also issued a lease to the East Bay Regional Park District for a public fishing pier in the Carquinez Strait at Eckley Cove, near the town of Crockett. The lease will encourage and promote public access, use, and enjoyment of a recreational amenity. There was also an informational recap on the 2020 legislative session and legislation sponsored by the Commission.

The Commission’s next public meeting is December 17 at 10:00 a.m. You can sign up here to receive updates about this and future meetings. You can also stay informed by following the State Lands Commission on Twitter.